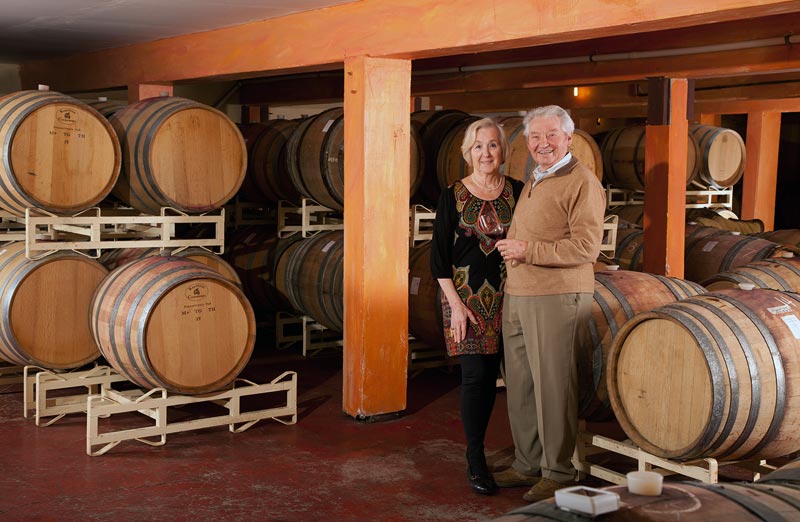 Everything you’d want to know about St Josef’s Winery
(and a little bit more).

Like many pioneering wineries we have a story. A story of vision, love of the land, hard work, and personal pride. Josef Fleischmann owner winemaker was born in Hungary with wine in his veins; his grandfather had a winery in the picturesque valleys of Central Hungary. (Prior to the wars Hungary was considered among the premier winemaking areas of the world- but that’s another story). Josef & family, like many entrepreneurs, fled Hungary after WWII when the Communists took over and he grew up along the shores of Lake Constance in Southern Germany. After studying and apprenticing in baking he immigrated to the US. He soon found his way to Chicago as a professional baker and enjoyed life in the large German community playing soccer and more. He met a girl, Lilli who also had come over from Germany after fleeing the eastern bloc.

Opportunity for new adventures brought them out for a visit to Oregon one April in the early 1960s. After seeing the verdant green and uncrowded roads (after months of winter in Chicago) they proclaimed it Shangri-La and made plans to go west. Josef put a bid in on a farm between Canby & Aurora in May, and was surprised when it was accepted late in October. They made the move with a 3 year old and new-born on a mattress in the back of a van to a small farm house on a dirt road in the heart of the Willamette Valley. Known in history books as the end of the Oregon Trail, the Willamette Valley boasts rich farmlands and favorable weather with warm days and cool nights. Because of the soil content, combined with hot days, cool nights and abundant water Josef realized it was an ideal place for an aspiring vintner.

Always hard working & ambitious Josef & Lilli started a business which soon became a string of artisan bakeries while putting together a farm & vineyard on the side. Josef’s first vineyards were planted in 1978 and after a few years of hard work and vision; they produced the first legal vintage in 1983. Making St. Josef’s one of Oregon’s true wine pioneers, many years before the world had heard of the outstanding wines of the region. This was before there was an Oregon Wine industry, at the time they moved here there were less than 10 (TEN) vineyards in all of Oregon, now there are 600+ wineries and growing. To put it in perspective they planted 6 years before the first micro-brewery appeared on the scene and 15 years before Starbucks came to Oregon. One of their early crowning moments occurred when the 1985 vintage of St Josef’s Cabernet won ‘gold’ at the NY Wine Summit – one of the most prestigious wine events in America. Not only did it make the local headlines but it also rated higher than some of the most famous California wines of the time – including Mondavi’s special reserve Cabernet. 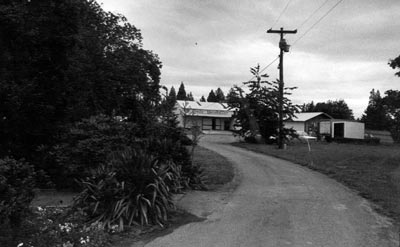 Josef & Lilli continued to work long days at the bakeries and even longer nights and weekends establishing a farm & vineyards. After more than a decade in the NW, Josef finally turned in his baker’s apron for winery boots and full time work with the aromas of fermenting wine.  The 64 acre farm with a rutted muddy driveway is now a picturesque vineyard. The old cow barn has been painstakingly reformed into a charming European style winery. All of this was hands on work; Lilli’s father did the word-working & made the tables, Josef & family planted each vine and murals were painted by family members. St Josef’s now has 5 vineyards spread over 40 acres and estate produces a few thousand cases of Estate Grown Wines. Including barrel aged red wines Pinot Noir and Syrah, along with a limited amount of select reserve releases. And aromatic white wines including Chardonnay, Pinot Gris, Riesling and Gewurztraminer plus a series of sparkling wines named after the boss and matriarch Lilli.

After more than 30 years in the business, St. Josef’s is proud to remain family owned & operated with 3 generations involved in the winery, vineyards and farm. (The family farm continues to grow organic vegetables sold in the local markets). We are known for making vibrant food-friendly willamette valley wines and having a good time doing it! Please visit and enjoy the wines, the people and European hospitality. The St Josef family is what you’d expect to find in the wine business – hard working & fun-loving people that strive to make the next vintage the best one yet… 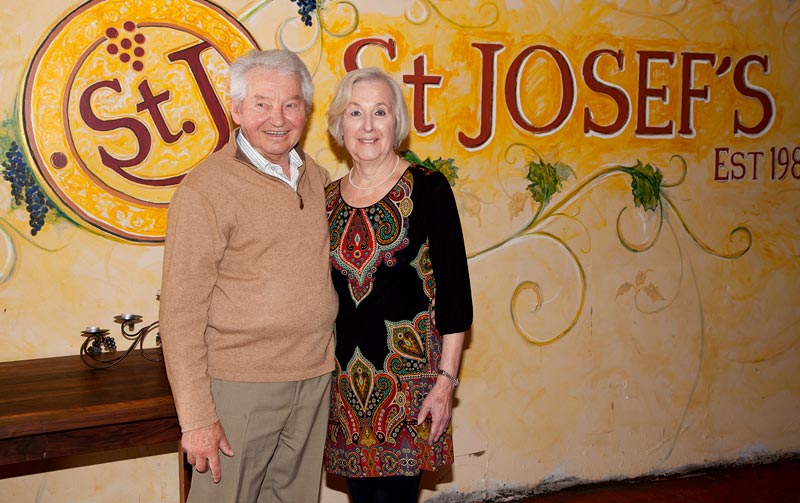 How did you get into the business?
Family (Josef’s grandfather) had winery in Hungary. Like most businesses the Hungarian communists took control of the operation and forced the owners/families out. Lilli (my wife) then talked me into it when we came to Oregon.

Why do you make & grow so many varietals?

We’d get bored in the cellar otherwise, plus we like to drink different style wines every week.

What is your favorite bottle of wine?

The open one!
Really, I like a nice chardonnay before the meal (I prefer a non-oaked one) and a either a Pinot Noir or full bodied red wine later on.

How did you get the name St Josef’s?

Back in the late 70’s Josef (the owner/winemaker) was still making wine in the basement his friends were over enjoying the harvest. Talk got around to the fact that Washington had a saint (St Michelle), Idaho already had a saint (St Chappell) and California had many- but Oregon didn’t have one. So they said that he could become the first ‘saint’ of Oregon.

Does that mean that Josef is a saint?

No. He will tell you that saints are dead. (Also St Josef is his patron saint and known as ‘the provider’. A fitting one since he provides both food and fun for the table.

Why haven’t we heard of St Josef’s before?

We are small – producing small lots of our vintages – 4 red wines and 5 whites. And while we have been making wine for over 30 years we have concentrated on making great wines and having genial hospitality, instead of creating hype in the marketplace.

Where is the fruit sourced from?

Over 90% of the fruit is grown in our 4 Estate, Jory-soiled, vineyards in the Canby, Aurora area of the Willamette Valley. As one of the oldest vineyards in Oregon most were planted as far back as 1978. For our reserve Cabernet & Merlot blends we source fruit from warmer climates. We are also proud to sell some of our grapes- Pinot Noir, Pinot Gris and Riesling to other award winning wineries.

Why should people come visit and buy wine?

What we do here at St Josef’s is our living, not a hobby. We have our family members involved full time to create great wines, work the vineyards and staff the tasting room. We started way back before there was an Oregon wine industry; we were young and perhaps crazy, but it has worked out. But this is not something that we created after we made money in some other venture, or doing it for our ego. It is truly ground up and it really means something to us when people visit & enjoy.